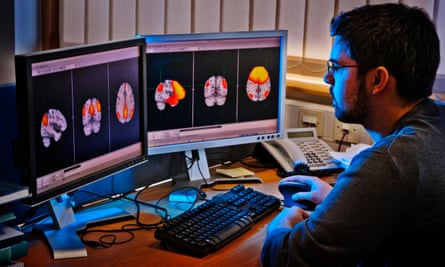 A low carbohydrate diet may prevent and even reverse age-related damage to the brain, research has found.

By examining brain scans, researchers found that brain pathways begin to deteriorate in our late 40s – earlier than was believed.

“Neurobiological changes associated with ageing can be seen at a much younger age than would be expected, in the late 40s,” said Lilianne R Mujica-Parodi, a professor in the department of biomedical engineering at Stony Brook University in New York.

“However, the study also suggests that this process may be prevented or reversed based on dietary changes that involve minimising the consumption of simple carbohydrates,” added Mujica-Parodi.

To better understand how diet influences brain ageing, researchers concentrated on young people whose brains showed no signs of ageing. This is the period during which prevention may be most effective.

Using brain scans of nearly 1,000 individuals between the ages of 18 to 88, researchers found that the damage to neural pathways accelerated depending on where the brain was getting its energy from. Glucose, they found, decreased the stability of the brain’s networks while ketones – produced by the liver during periods of carbohydrate restrictive diets – made the networks more stable.

“What we found with these experiments involves both bad and good news,” said Mujica-Parodi, “The bad news is that we see the first signs of brain ageing much earlier than was previously thought.

“However, the good news is that we may be able to prevent or reverse these effects with diet … by exchanging glucose for ketones as fuel for neurons,” she added in the study, which is published in PNAS.

“We think that, as people get older, their brains start to lose the ability to metabolise glucose efficiently, causing neurons to slowly starve, and brain networks to destabilise,” said Mujica-Parodi. “So we tested whether giving the brain a more efficient fuel source, in the form of ketones, either by following a low-carb diet or drinking ketone supplements, could provide the brain with greater energy. Even in younger individuals, this added energy further stabilised brain networks.”

A ketogenic diet is one high in fats and proteins, and low in carbohydrates, forcing the body to burn fats rather than carbohydrates. Primarily used to treat some forms of epilepsy in children, it is also believed that it has potential to help other neurological disorders, including Alzheimer’s disease and Parkinson’s disease.

Dr Katy Stubbs, from Alzheimer’s Research UK‎, said the research was “very interesting” but needed more investigation. “The ketogenic diet has risks of its own,” she said. “It has been shown that eating such high levels of fat, which generally goes with people eating less fruit and vegetables, has a detrimental impact on your heart, which has dangerous side effects.

“Also, there is a huge amount of evidence showing that the Mediterranean diet is the best diet we’ve got so far for brain and heart,” she added. “That includes a lot of wholegrains. We’re going to need a lot more research if the ketogenic diet is going to be widely recommended as an alternative to that approach as a prevention against dementia.”